I had a great meeting with my boss last week. It started off a little awkward, with him asking point blank what I wanted from him and me not knowing at all how to answer him, but we finally eased into the conversation.

The bad news first: I had hoped to get a little bit of financial assistance to take classes from my mentor who lived very close, but that won't be possible, as official funding can only go towards accredited schools. But -

Mr Boss has no objection to my looking into the accredited classes accessible to adults in Paris. (!!!) What would happen is that I would change my current contract (average of 14 hours a week in CDI - permanent contract) to a Contract d'Apprentissage (an apprentice contract, and yes, it's available for adults in certain conditions), in which I would work full time, 35 hours a week, with my classes included in the 35 hours, and I'll be paid a percentage of minimum wage (53% I think?), but will still make more than I'm earning right now. My time at work would be divided up in doing what I do right now with the least amount of shuffling as possible, so as not to mess up the schedules of my colleagues, and the whatever time is left in the bookbinding workshop. Whatever money I make in addition to what I'm making now should cover all the traveling between here and Paris. After I receive my diploma, we would revert back to my present contract and I can continue to work there while I'm building up my bookbinding business.

Clearly, this is much, much better than what I hoped for! I never imagined he'd be up for this, I very nearly floated out of his office! Of course, it's up to me to follow up and get as much info as I can with the goal of presenting a financial breakdown to my boss in the next couple of months so I can start this Fall. I've just now got off the phone with the school in Paris and there will be an Open House at the end of March, which I will certainly be attending!

There we go, I feel like I've gotten through the hardest part, for me, anyway - talking on the freaking phone in French! I've always hated the telephone (except for talking with friends, obviously!) and I really have to force myself, or else I put it off for weeks. I feel like we're making good progress! While I'm waiting for the end of March, I hope to get access to the bookbinding materials at work very soon so I can start working on new projects in the meantime!
Posted by Vivi at 11:33 AM 6 comments:

So instead of biting my fingernails down to the bone, I thought I'd keep myself busy by writing about what else we've been up to for the last couple of months. The biggest thing we did is fly back to the States for Thanksgiving.

The last time I celebrated Thanksgiving in the US was in 2003, so this was a super fun excuse to go. Of course, bringing Fry with me meant I could introduce him to a whole side of the family he hadn't met yet. The main reason I decided to go, however, is that my aunt had just learned that she's got cancer. She's responding well to treatment and it looks like she's going to be around for a good long while, but that was what really prompted me to get on a plane.

Fry did pretty good on the 10 hour flight. Our carry on was 90% stuff to keep him entertained and he did actually manage to take a 2 hour nap, which was a nice break. I'm not gonna lie though, the last hour was pretty hard!

We spent the first couple of nights in my old stomping grounds of Greenville, SC. Thanks to a bad bout of jet lag (mostly for Fry) we didn't get to see any many folks as I would have liked, but we had a great visit with some of my college BFFs.

Then we drove down to Tallahassee to spend Thanksgiving at my uncle's home and there we saw tons of family (plus my sister came down to visit!). Fry loved playing with his cousins and it wasn't long before we discovered that he's definitely inherited my family's genes for sports. Not long after picking up one of his older cousin's old t-ball bats, he was hitting wiffle balls across the backyard!

Then it was down to central Florida to see my aunt and uncle. Despite having lost her hair to chemo, she's looking great and is still very active. We had a great visit, even if it was short. We even got to see a missile take off from Kennedy Space Center from their place before we left!

Our last stop was the town where I grew up, Titusville. I hadn't been back we moved up to the Carolinas in 1997 so it was an emotional visit. We stayed with the parents of my BFF from high school (who was also in town with her sweetie!), which was my second home back in the day. They say you can't go home again, but I got pretty close! In the unseasonably warm weather (even for Florida!) we went swimming in the pool and had a great time at the beach. It was wonderful catching up and I wish we could have stayed longer.

Then it was time for the long voyage home. After an obligatory shopping trip at Wally World (the regular sorts of goodies plus I needed another suitcase for all the Christmas presents I'd purchased!), we spent another day in the car and caught our flight home the next day.

It was a wonderful trip, but as I said, far too short. Next time we visit, we will definitely stay at least two weeks. I would really, really like to be able to go again in the Fall of 2013 when Fry is turning five. At that point he'll still be in Maternelle and can miss a few days of school, and I'd really like to take him for Halloween. So mark your calendars, family!! 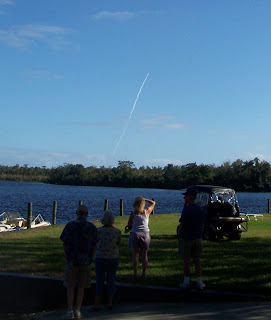 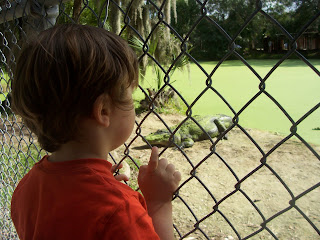 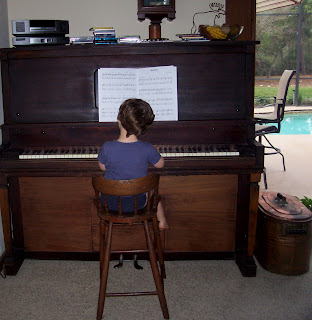 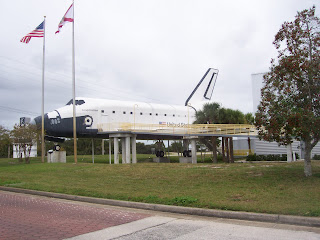 Shuttles just lying around everywhere
Posted by Vivi at 9:30 AM No comments:

Yes, Happy New Year and Good Health to all of you. I'll be uttering this traditional phrase for another couple of weeks, but I can say it to you all in one go! I hope 2012 is treating you well so far.

Once again, life swept me up and drug me away these last few months. So much has happened I hope I can get back through it all. I want to tell you about my & Fry's trip back to the States for Thanksgiving, having my cousin over from Boston for Christmas, and other fun things, but I most importantly want to update on the bookbinding stuff.

So my bookbinding workshop was right at the end of October and I was very anxious to talk to Mr C, the retired bookbinder that volunteers his time on Wednesday mornings to repair books, and then teaches a children's workshop on Wednesday afternoons. The first Wednesday was still a holiday so I knew he wouldn't be there. The second Wednesday, Stéphane had to work so I couldn't get to Troyes. The third Wednesday turned out to be a scheduling snafu and I couldn't get to Troyes that day, but it turned out that Mr C wasn't there that morning anyway. Then Fry and I left for ten days, so that was the rest of November.

When I got back to work at the beginning of December, I was greeted with horrible news: Mr C had passed away while I was gone. Granted, he was 85 and had lived a long and full life doing what he loved, but I was devastated. I didn't even have the chance to show him the books I'd made.

After getting over that shock, I realized I really had to get creative if I was going to make the bookbinding thing happen. I took a huge chance and emailed the woman who lead the workshop in Paris. You may have to jump into the wayback machine for this, but I've mentioned before that even if she has a workshop and does the bulk of her work in Paris, she actually lives about 35 minutes from my house. Since we got along so well and I had such a positive response from her, I decided to email her and let her know that Mr C had died (she knew I'd planned to ask him for help) and to ask her if there was any way she would consider giving me some lessons from time to time at her private workshop. I figured the worst she could say is no.

Well get this: she didn't! She even said that "it would be a pleasure to teach you, after your brilliant debut." Go me! It would be very irregular, weekends only from time to time, but better than nothing, right?

Now I have to figure out a way to pay for these irregular lessons (which will eventually lead to a diploma, by the way!). I floated it with a couple of my colleagues, and they seem to think that my boss would be open to finding some funding to help me with the lessons in exchange for doing some book maintenance at work (which is what Mr C was doing as well). I felt like things were going in a really positive direction and that I would attack all this after the New Year.

So of course the New Year comes and goes and I really need to get myself motivated. By sheer coincidence (or maybe not), Fry happened to knock over my little jewelry box next to my bed a few days ago and I found this, which had been buried deep under a pile of cheap costume jewelry: 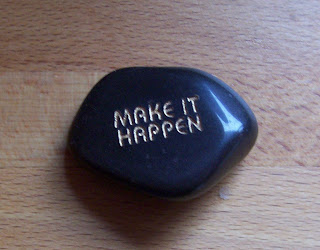 I have no idea where I bought this little stone, but I know I've been carrying it around for at least 10 years. I think it's about time I cashed it in.

Yesterday I hammered out a letter to my boss and Stéphane helped me proofread it. By the time you read this, he will have already read it and I'll be waiting for a response, probably on Wednesday when we have our little company New Year's lunch. The worst he can say is no, right?

Make it happen is going to be my mantra for 2012. One way or another, I'm going to make this happen this year!
Posted by Vivi at 9:30 AM 6 comments: